Which Country Does the Most Good for the World? 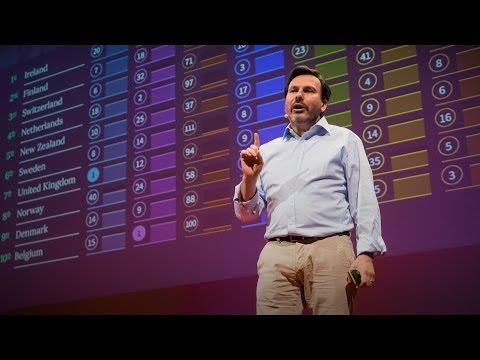 It's an unexpected side effect of globalization: problems that once would have stayed local—say, a bank lending out too much money—now have consequences worldwide. But still, countries operate independently, as if alone on the planet. Policy advisor Simon Anholt has dreamed up an unusual scale to get governments thinking outwardly: The Good Country Index. In a riveting and funny talk, he answers the question, "Which country does the most good?" The answer may surprise you (especially if you live in the US or China).

TEDTalks is a daily video podcast of the best talks and performances from the TED Conference, where the world's leading thinkers and doers give the talk of their lives in 18 minutes (or less). Look for talks on Technology, Entertainment and Design -- plus science, business, global issues, the arts and much more.
Find closed captions and translated subtitles in many languages at http://www.ted.com/translate